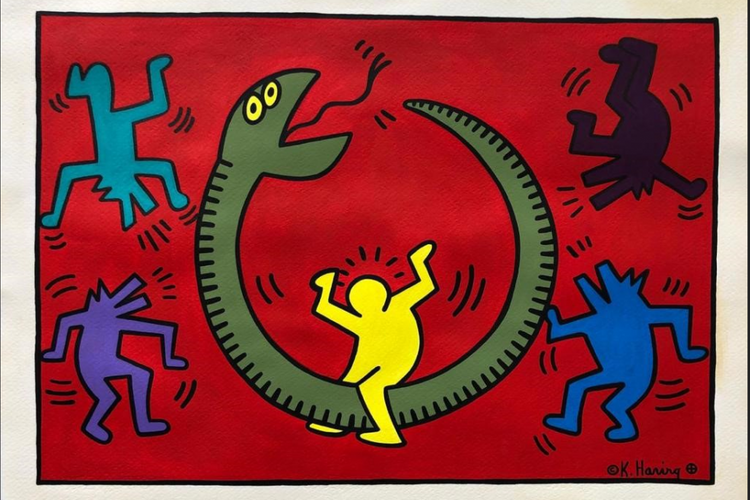 A 49-year-old man from Mexico named Angel Pereda has been taken into custody by the FBI and charged with wire fraud after trying to sell forged paintings that he claimed were originals by Keith Haring and Jean-Michel Basquiat “among others”, according to a criminal complaint from the Southern District of New York unsealed on Friday.

Authorities allege that Pereda created a fraudulent provenance for each work. At one point, an intermediary to whom Pereda had consigned a painting purportedly by Basquiat, was instructed by the FBI to say that an art gallery had identified it as a forgery and ask Pereda to create a new provenance for the work, so it could be sold to another interested buyer for more than $6m. Pereda obliged, creating fresh documents for the work and sending them over WhatsApp.

“As alleged, Angel Pereda attempted to sell forgeries of artworks by Jean-Michel Basquiat and Keith Haring, among others, as genuine,” says Manhattan U.S. attorney Audrey Strauss in a statement. Among the fakes was a painting Pereda claimed was a collaboration between Basquiat and Haring, who both started as street artists. Another was a vase supposedly decorated by Haring. “If real, such works would be worth millions. The alleged fakes have little or no value, except potentially as evidence of the alleged crime. Angel Pereda now faces the prospect of a jury’s appraisal of his alleged conduct.”

Prosecutors say the alleged fraud scheme took place sometime in the past year, and if Pereda is found guilty he could face up to 20 years in prison. The fraudulent works were offered to at least two New York auction houses, and the Keith Haring foundation played a role in determining that the works in question were forgeries. According to NBC News, his arrest comes shortly after Pereda, who also goes by Angel Luis Pereda Eguiluz, ran an unsuccessful campaign to become mayor of the central Mexican city of San Andrés Cholula.

The FBI is asking anyone with further information about Pereda to contact them at 1-800-CALL FBI or NYArtCrime@fbi.gov.