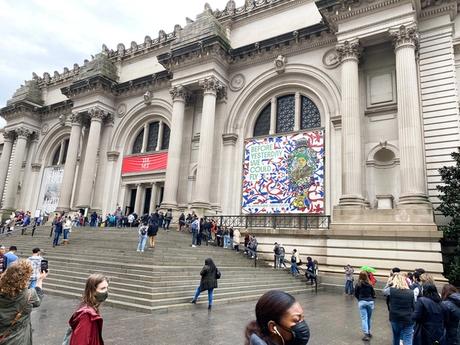 While there is a distinct sense of déja vu in much of the eastern US currently, with states in the Northeast and surrounding regions recording all-time record numbers of Covid-19 cases fueled by the Omicron variant and around-the-corner lines for tests, museums are handling the surge very differently from the mass closures of March 2020. As in London, a few have opted to close their doors for a week or more, but most are implementing stricter protocols for entry or preparing to enforce new mandates imposed by their local jurisdictions.

The country’s busiest art institution, the Metropolitan Museum in New York, announced that it is reducing capacity, cautioning visitors to “prepare for longer lines and wait times outside the museum.” It will also cease all on-site dining service as of 23 December and, starting on 27 December, require proof of full vaccination from all visitors 12 and older. Already, per New York City’s municipal guidelines, all visitors five and older must show proof of at least one vaccine dose.

The Whitney Museum will continue to operate according to the protocols it implemented upon reopening in September 2020, according to a spokesperson. She adds, “As we monitor the impact of the Omicron variant, we continue to follow the guidance of state and city officials and health authorities, and we are prepared to make any necessary adjustments to protect the health and safety of our staff and visitors.”

Across the East River, The Brooklyn Museum is following a similar playbook, and has suspended food service and “cancelled in person tours and programmes through the remainder of the holiday season,” a spokesperson says. In Queens, the Noguchi Museum opted to close for the week (22-26 December), citing “increased Covid-19 cases in our area.”

Beyond New York City, institutions are taking a similarly varied approach. The Baltimore Museum of Art is also closed for the week (22-26 December), though its gift shop and restaurant will remain open. “Given the current surge in positive Covid cases, we need a moment to step back and ensure our staff is ready to serve museum visitors,” explains a note on the museum’s website. “We think cautiously is the best way to move forward right now.”

In Newark, New Jersey, the Newark Museum of Art is maintaining its current safety protocols, which include requiring timed tickets as well as proof of vaccination or a negative Covid-19 test within the previous 72 hours. The Barnes Foundation in Philadelphia is also maintaining its existing precautionary regime, which includes requiring proof of vaccination for all visitors five years of age and older.

The Washington, DC-based Smithsonian Institution, which operates 19 museums in the capital and New York, plus the National Zoo, has no plans to reduce capacity at or temporarily close any of its sites. “We are closely monitoring COVID case numbers, and consulting with public health experts and local jurisdictions to make decisions about our operations,” says a Smithsonian spokesperson.

In Massachusetts, the Museum of Fine Arts (MFA) Boston will remain open at its current capacity. However, it and other Boston institutions such as the Isabella Stewart Gardner Museum and the Harvard Art Museums will begin requiring all visitors to show proof of vaccination when a new municipal mandate goes into effect on 15 January.