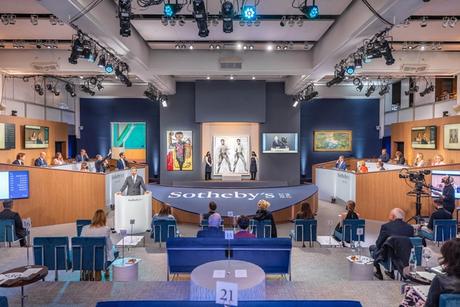 Sotheby’s has selected the banks Goldman Sachs Group and Morgan Stanley to pursue a potential initial public offering (IPO) later this year at a rumoured valuation of around $5bn, excluding debt, according to a Bloomberg report. It may engage additional banks as it continues to pursue an IPO.

The auction house’s owner, the French-Israeli telecoms billionaire Patrick Drahi, bought Sotheby’s for around $3.7bn in 2019 and took it private, ending its decades-long run as the oldest publicly traded company on the New York Stock Exchange. Rumours of a potential IPO were first reported in December.

The increase in value of roughly one third in just three years reflects Sotheby’s business successes in that span. The 277-year-old firm has adapted to the Covid-19 pandemic and developed hybrid sales models more effectively than rival Christie’s, embraced cryptocurrency and NFTs (non-fungible tokens), seen its luxury and collectibles businesses thrive, and secured consignments of several major collections. The auction house reported a record turnover of more than $7.3bn in sales in 2021, its biggest year ever.

The potential $5bn valuation is also a testament to measures taken by Drahi, a notorious cost-cutter. Along with Sotheby’s chief executive Charles Stewart, he has overseen a restructuring of the company’s auction business, among other changes.

A return to public trading would restore a rare source of transparent information to the typically cagey art market. Prior to Drahi’s purchase, the financial reporting required of publicly listed companies had made Sotheby’s quarterly earnings calls (in which it had to reveal its profit margin) uniquely illuminating indicators of the state of the market. Journalism or doxxing? News report reveals secret identities of Bored Ape NFT founders—and the crypto community is not happy about it ‘It wasn’t about changing architecture; it was that we loved building something together’ Probability and Statistics for Actuaries