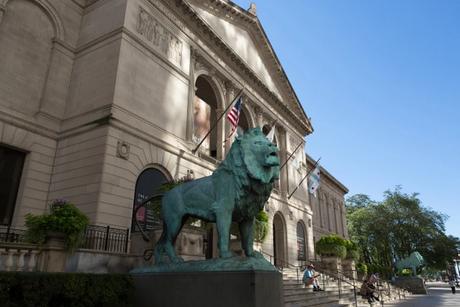 On 11 January museum workers’ mail-in election through the National Labor Relations Board was successful in forming a union, with an official vote of 142 in agreement and 44 votes opposed. An additional 20 votes were not counted because the museum challenged them, according to the union. The AIC’s union consists of 266 people across departments including visitor services, curatorial, education, the library and retail.

Employees at SAIC also cast mail ballots through the National Labor Relations Board (NLRB) and announced their vote on 12 January. The school’s union will include 249 people including academic advisers, administrative assistants, mailroom workers and others. The tally for the SAIC vote according to the NLRB  was 115 in favor and 48 opposed, with 44 ballots not counted because of management challenges. Staff at both SAIC and AIC will become part of Council 31 of the American Federation of State, County and Municipal Employees (AFSCME) which represents around 10,000 workers in museums alone and 25,000 in public and private libraries.

“As promised from the start, we fully respect our employees’ decision to join a union,” says Kati Murphy, AIC’s executive director of public affairs. “The museum intends to enter into good faith bargaining with AFSCME to negotiate an initial collective bargaining agreement that best meets the needs of all parties involved while allowing us to continue to deliver on our mission.”

Unionising efforts had been taking place over the last 18-months during the pandemic, but staff at the school and the museum went public with the campaign last August. Issues including job security, fair wages and benefits, safe work conditions and transparency around compensation and advancement led staff at both the school and museum to start organising. The unique affiliation between the school and museum also presented an interesting opportunity for dialogue around union organising between both sets of staff.

“We realised that we were having a lot of the same problems across departments at the museum, and we decided to reach out to AFSCME, to see if forming a union was something that we thought would work for us,” sais Catie Rutledge, AIC’s coordinator of philanthropy. “At the end of the day, working in the arts or a nonprofit is still a job. You can’t eat prestige, and we deserve fair pay and benefits just as much as anyone else does. And the fact that 76% of our museum coworkers voted yes shows that this decision was so needed, and is very supported.”

For the union staff at the museum and school, the next hurdle will be negotiating their first contract—a process that has taken years at other institutions.

“​​AIC and SAIC employees are really setting an example for cultural workers in Chicago,” says Anders Lindall, spokesman for AFSCME’s Council 31, “and also taking their place at the forefront of a wave of cultural workers organising from coast to coast.”

In recent years, and especially since the onset of the pandemic, workers at art institutions across the US have campaigned to form unions—including at the Museum of Fine Arts, Boston, Brooklyn Museum, Whitney Museum, Hispanic Society, Guggenheim Museum, Philadelphia Museum of Art, Milwaukee Museum of Art, and others.