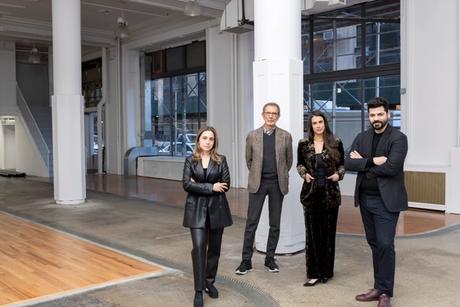 The highest echelons of the blue-chip art market seem to have embraced a very mass culture motto recently: “one person, one cup, one neighborhood at a time.” The phrase comes from Starbucks’s mission and values statement, and of course, galleries are not selling pumpkin spice lattes, but the idea is the same. It is not unthinkable that there soon could be a bespoke outpost of a mega-gallery devoted to a singular curatorial vision in every zip code those who collect art call home. One person, one neighbourhood at a time.

It has become common in these pandemic years for galleries and auction houses to open outposts in tony neighborhoods and exclusive vacation spots from the Hamptons to Taipei, but the hottest location is Tribeca in lower Manhattan, where Pace has announced its founder and chairman Arne Glimcher will launch a new project space named after the gallery’s first address in Boston, Gallery 125 Newbury.

Like David Zwirner’s 52 Walker, which opened in Tribeca last year as a space where Ebony L. Haynes could showcase her curatorial practice, Gallery 125 Newbury is meant to “serve as an expanded platform for Glimcher’s curatorial vision, which he will develop in tandem with his ongoing work at Pace”, where he will remain chairman and continue to help organise selected exhibitions at Pace’s brick and mortar locations across the globe from London to Geneva to Palo Alto and Seoul, according to the gallery’s announcement.

“Gallery 125 Newbury is about expanding my own story at the same time, about going full circle, back to the little gallery I once had, back to being hands-on in every facet of making shows and working with artists and connecting with the public, which is the part of it that I really love,” Glimcher said in a statement.

The new Pace location will be just steps from 52 Walker, at the corner of Walker Street and Broadway in a 3,900 sq. ft space with 17ft ceilings most recently occupied by the beloved Asian goods emporium Pearl River Mart (not to worry, Pearl River Mart moved just a few blocks up on Broadway). Before the space opens in the fall of 2022 the interior will be fully renovated by the architectural firm Bonetti/Kozerski, which designed Pace’s eight-storey gallery in Chelsea, retaining some elements of the structure, including its original ceilings, so that it keeps the feel of a Tribeca location.

The Gallery 125 Newbury team will include Kathleen McDonnell, Talia Rosen, and Oliver Shultz, who will continue to serve as members of the existing team at Pace as well as serving as directors of the new space, according to the announcement.