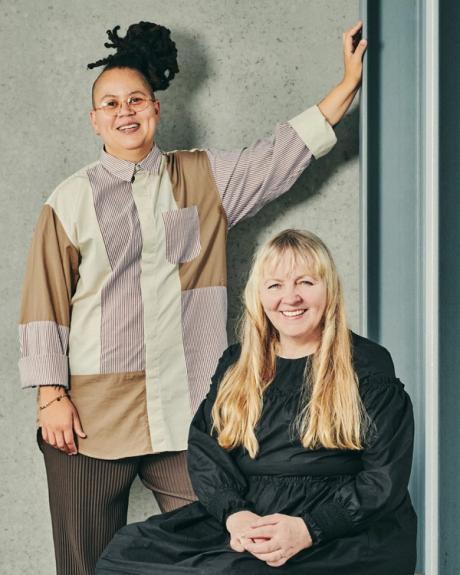 The 2024 Whitney Biennial will be co-curated by Chrissie Iles, a curator at the Whitney Museum, and Meg Onli, an independent curator based in Los Angeles who most recently served as the co-director and curator of the Underground Museum there until its abrupt closure last March. The dates and theme for the biennial, the 81st edition of the Whitney’s closely watched recurring exhibition, will be revealed at a later date.

Iles, a curator at the Whitney specialising in moving image art, is no stranger to the Biennial, having co-curated the 2004 and 2006 editions, and curated the film programme for the 2002 edition. Her other projects at the institution have included the 2016 thematic exhibition Dreamlands: Immersive Cinema and Art and a 2009 retrospective devoted to the conceptual artist Dan Graham (co-organised with the Museum of Contemporary Art Los Angeles). She is also a faculty member of the curatorial studies programme at the School of Visual Arts, a member of the graduate committee at the Center for Curatorial Studies at Bard College and serves on the board of the Julia Stoschek Collection.

Prior to her brief stint as co-director of the Underground Museum—the institution in Los Angeles’s Arlington Heights neighbourhood was founded in 2012 by the late painter Noah Davis and his wife, sculptor Karon Davis—Onli was an associate curator at the Institute of Contemporary Art at the University of Pennsylvania in Philadelphia. During her time there she curated exhibitions including Colored People Time: Mundane Futures, Quotidian Pasts, Banal Presents in 2019 and a major solo show by conceptual artist Jessica Vaughn, Our Primary Focus is to be Successful, in 2021. Last year she also co-curated the revelatory retrospective Ulysses Jenkins: Without Your Interpretation (2021), which travelled to the Hammer Museum in Los Angeles.

Well received by critics, the 2022 biennial has also been one of the least controversial editions of the Whitney Biennial in recent memory. The exhibition’s 2019 edition, curated in-house by Jane Panetta and Rujeko Hockley, became known unofficially as the “teargas biennial” amid months of protests against the museum’s vice chairman, Warren B. Kanders, whose business holdings include companies that manufacture teargas and other equipment used in conflict zones and to suppress protest movements. After several artists in the 2019 biennial threatened to pull their works from the show, Kanders resigned.

The 2017 edition of the Whitney Biennial, curated by Christopher Y. Lew and Mia Locks, was dominated by the scandal over a painting by Dana Schutz, Open Casket (2016), which depicted the body of Emmett Till, a 14-year-old who was lynched by a racist mob in 1955. The biennial’s 2014 edition, the last one held in the Whitney’s former building on Madison Avenue, became a flashpoint for debates about representation and equity when the Yams Collective withdrew its work amid objections to the inclusion of a conceptual work by artist Joe Scanlan, a white man, that consisted of hiring Black actors to play the role of a fictional artist named Donelle Woolford. As the direct-to-consumer model for selling art gains ground, where does it leave traditional dealers?

International Competitiveness and the Balance of Payments: Do Current Account Deficits and Surpluses Matter?

Handbook of Sport Neuroscience and Psychophysiology

Creating Visual Narratives Through Photography: A Fresh Approach to Making a Living as a Photographer

Hydroponic Food Production: A Definitive Guidebook for the Advanced Home Gardener and the Commercial Hydroponic Grower