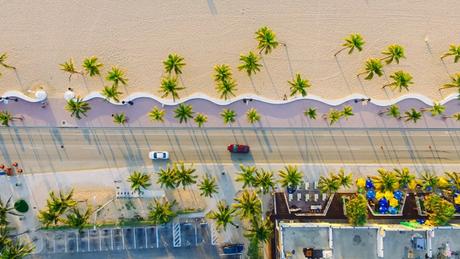 Volta, the popular Art Basel satellite fair, has cancelled its debut edition in Miami this December—already postponed from 2020—after its initial venue fell through leaving galleries in limbo.

The fair had been due to take place 1-5 December at Mana Contemporary arts centre, which lost its contract to host events in the spring, according to Volta’s director, Kamiar Maleki. “I don’t know whether it was an issue with construction, but they told us very late on,” he says.

By the time Maleki found another venue, opposite the Ice Palace Studios and in close proximity to NADA and Art Miami, it was late July and other Miami fairs including Untitled, Art Miami and Scope were finalising their gallery applications.

“By then there was also a travel ban in the US,” Maleki points out. “A lot of our galleries are Asian, Latin American and European—it just became too uncertain for them in terms of timing. If you don’t have a location from April to July, you can’t sell a fair.” The director notes that a number of dealers who had expressed interest are now exhibiting at Untitled and Art Miami.

Volta has offered its exhibitors a full refund or for the application fee to be used “for any Volta fair in the future”, Maleki says, noting that Volta returned to Basel last month after a full year delay, and the exhibitors overall were “very happy”. He adds: “It was a very difficult period for us all—for Volta, Liste and MCH—but as a company it was a success, with a large number of Swiss collectors attending for the first time.”

Beyond planning for strong fairs in Basel and New York in 2022, Maleki says he is now potentially looking at other cities for Volta’s third base. “We would like to have three Voltas a year—the location for the third is still to be determined,” he says. “If not Miami we have a number of other cities we are looking at.”

So could another continent be on the cards? Maleki refuses to be drawn, but hints that he is prepared to take a chance. “We’re adventurous,” he says. “The beauty of a fair like ours is that we serve a whole range of clients, we’re in the mid-career area. There’s a lot of demand in Asia, we have always had good support from Asia, particularly from Japan from Korea.” Visitor figures: how many people are actually returning to London museums post-lockdown?